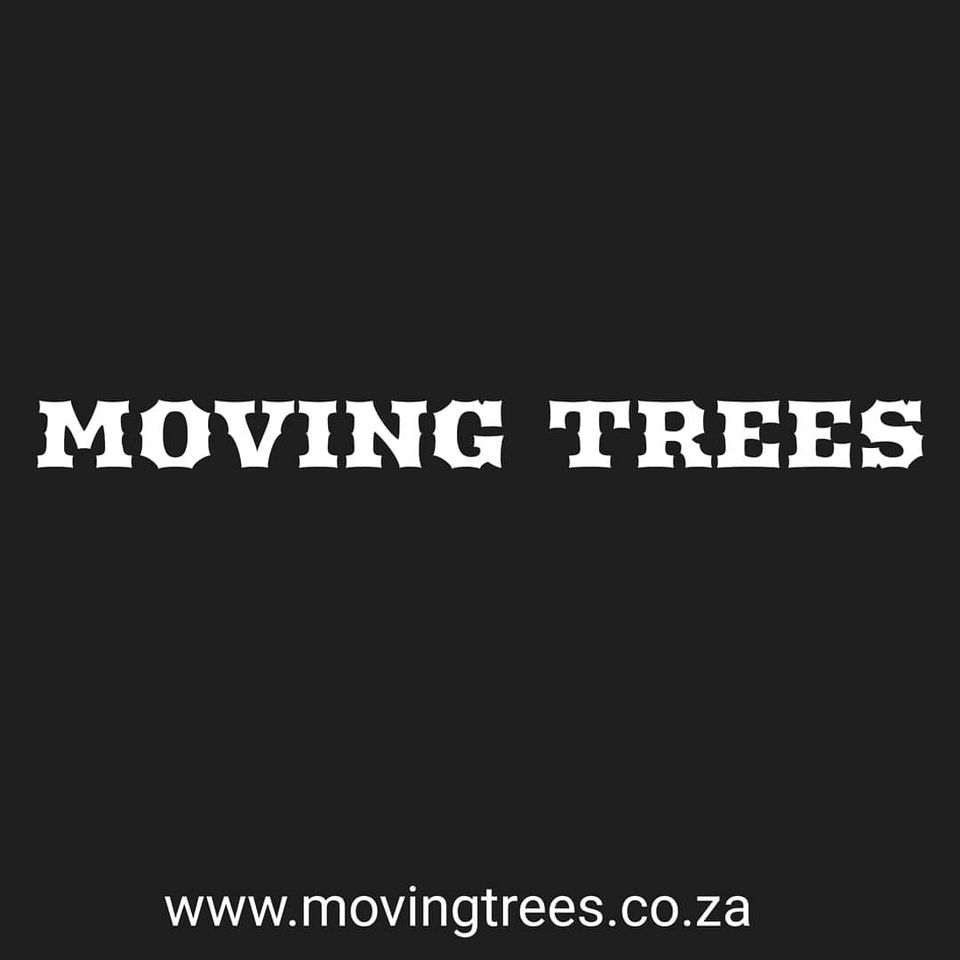 Forests are the lungs of the planet that mankind has called home for thousands of years. They have existed longer than our species has been around, and will hopefully continue to exist long after mankind takes off for the stars. As an appreciation for the fauna that keeps us alive and well, we’re going to take a look at three countries with abundant tree life and discuss the roles these countries play in tourism, agriculture, and wildlife preservation. 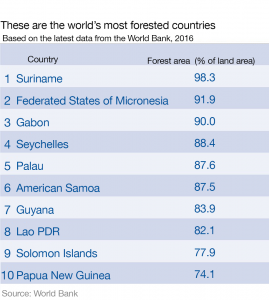 This former Dutch colony is blanketed in tropical rainforest, with over 98% of the country covered in an extraordinary and lush landscape that attracts thousands of intrepid explores and travellers every year. As such, careful management is needed to curb the harmful implications of activities like gold mining and logging.

Excess deforestation could damage the delicate ecosystem Suriname relies on and affect food supplies for the indigenous communities. As part of t a long-term plan to ensure sustainable tourism, the Suriname government works with NGOs and local communities to protect its lush rainforests and fresh hydro resources.

The Central Suriname Nature Reserve was named as a World Heritage Site in 200 and has allowed Suriname to use eco-tourism as its third-largest foreign income exchange earner in the country.

Micronesia: a beacon of sustainable agriculture

The Federate State of Micronesia spans across 1.6 million square kilometres of territory over 600 islands in the Pacific Ocean. These islands are divided into four states: Yap, Chuuk, Kosrae, and Pohnpei. Almost 92% of these islands are forested, in part with thanks to the work done by organisations like the Conservation Society of Pohnpei (CPS) which promotes sustainable development based on resource management led by the communities of the nation.

For example, the CPS led an educational campaign called Grow Low, an initiative that helped raise awareness about the dangers and negative ecological impact of deforestation in upland watershed areas where farmers needed to strip out and seed their forest regions to meet the high demand for kava – a popular sedative-like drink. Through this campaign, farmers learned more effective and preservative techniques for growing their crops in the lowlands, leading to a 70% reduction of deforestation in upland kava clearings.

Gabon: the home of forest elephants

With 90% of the nation being covered in tree life, Gabon is home to the largest concentration of forest elephants in the world. Until recently, these elephants were in danger of extinction from poachers, with more than 25 000 forest elephants having been killed for their ivory between 2004 and 2014.

These elephants play a crucial role in sustaining the ecological integrity of Gabon’s lush forests by dispersing seeds across long distances as well as opening up the understory of the forest by eating away at or stomping on slow-growing plants. Their extinction would throw off the balance the forest has maintained for hundreds of years.

© 2018 Moving Trees & Truck Hire
Designed by Point .B Digital Marketing Partner
We use cookies on our website to give you the most relevant experience by remembering your preferences and repeat visits. By clicking “Accept All”, you consent to the use of ALL the cookies. However, you may visit "Cookie Settings" to provide a controlled consent.
Cookie SettingsAccept All
Manage consent

This website uses cookies to improve your experience while you navigate through the website. Out of these, the cookies that are categorized as necessary are stored on your browser as they are essential for the working of basic functionalities of the website. We also use third-party cookies that help us analyze and understand how you use this website. These cookies will be stored in your browser only with your consent. You also have the option to opt-out of these cookies. But opting out of some of these cookies may affect your browsing experience.
Necessary Always Enabled
Necessary cookies are absolutely essential for the website to function properly. This category only includes cookies that ensures basic functionalities and security features of the website. These cookies do not store any personal information.
Non-necessary
Any cookies that may not be particularly necessary for the website to function and is used specifically to collect user personal data via analytics, ads, other embedded contents are termed as non-necessary cookies. It is mandatory to procure user consent prior to running these cookies on your website.
SAVE & ACCEPT